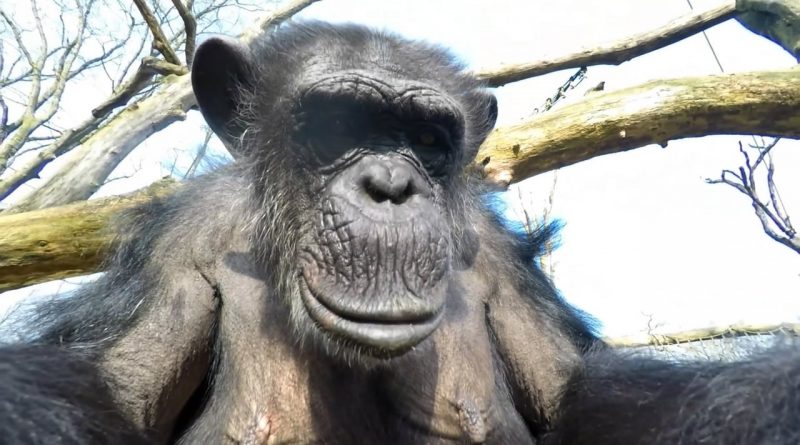 There are many of the cases where wild animals have shown their endless curiosity towards the technical toys. Once they have reached the gadgets that are the end of it. It would be a miracle if you can get a gadget unharmed from a wild one. As there is only one possible fix they can think of and it is to tear the parts of those gadgets off. This drone video of Chimp VS Drone will sow you the same thing as written above.

This is what you are going to see in this drone video footage of Chimp VS Drone.

In this drone video footage, the photographer was trying to get some cool shots of a nature park. You can hear the trumpet of an elephant at the very beginning, then there is a wild bear roaming around. At last, the photographer showed some courage and took his drone to the chimpanzees’ corner. You will firstly enjoy visiting the chimps, they stay more active than the other animals. You will find them crawling the ropes and hanging from the branches. But this was not enough for the photographer. He tried to get a closer shot forgetting about he is going to attempt something terrible with his drone. He gets more and more close to them, trying to capture the perfect details about them.

You won't believe what happens in this 2001 Space Odyssey remix.  A monkey takes down a drone in midair and rips it to pieces. Unreal! Of course this comes from the GoPro team.

But suddenly, out of nowhere, a chimp noticed the drone buzzing around. It makes him curious about it, and thus, he made use of a twig brilliantly and allowed the drone to fall to earth. That is why the title of this story is Chimp VS Drone!

I am pretty sure that even the photographer was not able to get it at first that the chimp is able to perform such a horrible action. Well at its last minutes, the drone was able to catch the portrait of its killer and suddenly the video ends, which means it was been used to quench the curiosity of the chimpanzee. The photographer only managed to acquire some of the parts of the drone. But his sacrifice gave us a fine example of how genius a chimp can be, by using a simple twig exactly how it can be used!

Should You Upgrade from DJI Phantom 4 to DJI Mavic Pro?