A drone simulator is a program that tries to recreate the flight environment in which a drone flies. Drone simulators are used to help train drone operators become better pilots and get a firmer grasp on control handling.

While some critics claim that drone simulators don’t prepare UAV operators for real-world flying, these tools still have some advantages. For one thing, a drone simulator allows operators to make mistakes and learn from them in the comfort of their own home. And, if you’ve never flown a drone before, imagine going out for the first time and accidentally crashing into a tree or landing in a body of water. That type of mistake would probably seriously damage your drone and taint your first experience in the field. Perhaps, it would even turn you off from trying again for a couple of days, weeks, or even months.

If you’ve ever played a game on Xbox or PS4 or seen commercials of new games on TV and on the web, you’ve probably noticed how much graphics have improved since the early days of Atari and Nintendo. As technology and graphics keep improving, the drone simulators of the future will become even more photorealistic and offer more features to better recreate real-world flying conditions.

Which drone simulator to choose?

If you have a DJI Phantom 3, Inspire, or Osmo series drone, you’re in luck. Simply download the free DJI GO app from the App Store or Google Play. This free app has a built-in flight simulator that's designed specifically for these drone models. However, beyond the free drone simulator, the app comes packed with other features that allow you to easily capture and share content with others.

Can a Drone Simulator  Help You Become a Better Pilot?

Start by downloading the most current version of the app to your Android or iOS device to make sure you have all the latest updates and features.

Whether you’re trying out the drone simulator indoors or outdoors, it’s critical that you remove the propellers from the drone before launching the app. The reason you should do this, is in case the drone inadvertently takes off; you don’t want to have your drone flying around your home and accidentally knocking into furniture and your other belongings. Once you’ve removed the propellers, turn on the radio and launch the app.

You’ll see that the flight characteristics are natural and the actions are similar to things you might do when you’re actually in flight. For instance, the drone’s physical gimbal will pitch up and down to mirror the actions of your virtual drone.

Most importantly, you’ll see that the drone simulator will give you information on your drone’s height, distance, battery life, GPS signal, map, and more. When practicing with a drone simulator, you can get a better understanding of the things you should be monitoring during an actual flight such as the altitude and battery life to ensure you’re complying with FAA regulations and can land safely.

Auto Takeoff
Using the DJI GO drone simulator, you can test out your Phantom, Inspire, or Osmo’s auto takeoff feature. When this feature is enabled, you’ll see that your virtual drone will fly to an altitude of about 4 feet and hover in place. This feature helps virtual pilots get a better sense of what to expect when they’re actually in the field.

Mastering Direction
When you’re a new drone pilot, it’s difficult to master directions. Within the drone simulator app, you’ll see directional arrows on the bottom left. Practicing and becoming more familiar with directions in the app will make it easier to land on the takeoff point.

Pros/Cons
The DJI GO’s drone simulator is somewhat like the real experience. However, it’s a limited program. While it can help drone pilots get a better sense of their transmitters’ controls and learn how to pay attention to critical elements such as distance, altitude, battery life, etc., the app could be better. For one thing, it would be nice to have some buildings, trees, and obstacles to maneuver around. But despite the app’s shortcomings, it’s free and helps drone pilots build confidence and get a sense of what to expect their first time in the field.

The Future of Drone Simulators 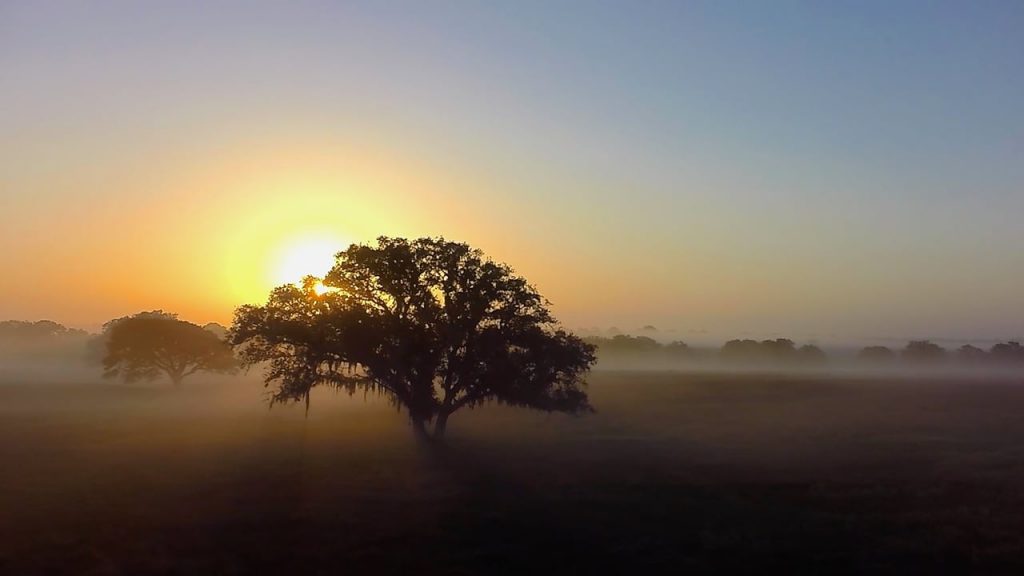 As virtual reality systems become more affordable and enter the mainstream, drone enthusiasts can expect to see more intuitive controls, real-world mapping, and 3D graphics. While these technologies are still relatively expensive, virtual reality systems like the Oculus Rift will help create the demand for more realistic flight and drone simulators in the not too distant future. Coupled with the surging popularity of drones, pilots will want virtual tools to help them practice their flying skills to avoid costly crashes and accidents.

Google Earth is an interactive virtual world map that can be integrated into new drone simulator software to add another layer of realism and topographic detail to virtual terrains. It would be interesting to see future drone simulators include buildings, trees, and other details from Google’s satellite imagery into a their flight simulations. Having this feature would better prepare drone pilots to navigate around obstacles they would encounter in real-world scenarios.

The next generation of drone simulators should also allow operators to capture virtual videos and stills of the areas in which they plan to fly to enable them to better plan video and photography sessions and avoid time consuming reshoots.

We may even see “multiplayer” drone simulators in the future. These types of flight simulators can be used to help a team of aerial cinematographers and photographers coordinate flight patterns in order to capture different angles of the same scene instead of just having a single pilot fly, shoot, recharge, and try to recreate the lighting and contrast conditions of the original flight.

As technology continues to advance and become more affordable, and the demand for drone simulators rises, we can be sure to expect more robust apps and virtual reality systems that make the virtual experience more like the real thing.