FAA Administrator Michael Huerta held a meeting to discuss the future of drone registration. His comments gave further insight into what criteria the task force assigned to hashing out these details is looking into.

“Unmanned aircraft use has increased dramatically in recent years. With this surge in popularity has come growing concerns about their safe operation in our nation’s airspace,” Huerta opened with.

He continued to describe recent events that have accelerated this process, “We’ve seen an increase in reports of UAS coming too close to manned aircraft and airports. Some have interfered with wildfire fighting in California, and one crashed into a stadium during a U.S. Open tennis match.”

He acknowledged the potential uses of drones including package delivery or tasks that are too dangerous for people or manned aircraft to perform. Huerta noted that he does not want to see this technology overshadowed by an accident that could be avoided with proper training or awareness of safety.

Here are some of the questions being asked to determine the best way to register aircraft under 55 pounds:

Ultimately, Huerta indicated that they want to make registration as easy as possible for consumers. They set a deadline of November 20th for the task force to complete its recommendations.

Drones are expected to be a popular gift item during the holidays. Some are estimating over 700,000 new aircraft could be in the homes of consumers by the end of the year. He noted that this means unmanned aircraft could soon outnumber manned aircraft operating in our nation’s airspace. 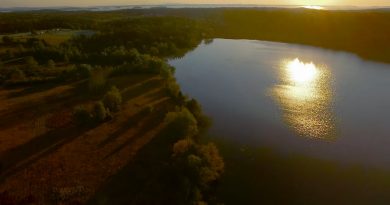