Non-military drones are increasingly used in all sorts of activities, in almost every type of business, including small businesses, large companies, and entrepreneurs. In this article, we will explore 16 innovative uses for non-military drones.

Non-military drones are becoming popular partially because they are at a low price point. Drones can make tasks simpler, and we're certain it's just a matter of time before regulations regarding their use are lifted. Then, we'll see them in wider use.

The music group OK Go used drones to help shoot their music video ‘I Won't Let You Down,' showcasing the possibilities of using drones in the industry. We expect other bands to follow suit, and we'll start seeing more drone captures in film and photography.

During natural or manmade disasters, a non-military drone can be a quick means to gather information, since it can navigate debris easily and safely. Drones are a quiet, portable technology that won't drown out cries for help, and can easily be deployed by teams working in disaster zones. [easyazon_link keywords=”High definition drone cameras” locale=”US” tag=”blueclsolut02-20″]High definition cameras[/easyazon_link] and radars are among the features that make non-military drones perfect for search-and-rescue.

Consider flooding in Texas. After the flooding, drones were deployed to search for survivors. Drones were able to cover vast distances in a relatively short amount of time. UAVs can fly lower than helicopters, providing aerial footage at a fraction of the cost. Other applications include spotting and fighting wildfires. Drones can provide firefighters with the ability to spot and reach affected areas sooner.

Non-military drones are also being field-tested for medical use. The medical community praises drones for terminal sensors that allow drones to quickly discover the location of missing persons, particularly at night or in challenging terrain.

A search-and-rescue mission is a battle against time, especially in harsh conditions. Drones become a powerful tool due to the ease of deployment. They can deliver small packages to remote, hard to reach areas. Drones can improve disaster relief efforts tremendously, as they can quickly and more accurately deliver medicine and supplies to people in remote areas.

Scientists at the Harvard-MIT Division of Health Sciences and Technology are developing even more non-military drones to deliver vaccines and other critical medical supplies to the developing world. In January 2014, this project won a $100,000 grant from the Gates Foundation.

Drones are able to reach difficult-to-access regions like eroded coastlines or mountaintops. They can acquire high-resolution data to create 3D maps of these areas. The technology is already available to both amateurs and professionals, enabling them to collect data and instantly download images.

Some non-military drone models are used to collect data, which is contributed to crowd-sourced mapping applications like OpenStreetMap. The data collected by drones has opened new possibilities for humans, including exploring the world's deepest corners.

Even large organizations like NASA can sometimes have no other choice but to rely on satellite footage. Previously, satellite footage was the only way to know the structure of the earth, but thanks to non-military drones, it's possible to get a closer look at places that are difficult to reach.

Drone footage can be used to plot courses for later human explorers on the ground, so they know what to expect.

Drones can provide us with faster access to high-quality real-time visual inspections. Utility companies need to inspect power lines, oil and gas pipelines, transmission towers, buildings and bridges, wind turbines, and rotor blades; all of this can be done with non-military drones.

Inspectors can access the needed information from a safe position for both basic utilities as well as more complex infrastructure. Drones can sense in three dimensions, take thermal readings, and detect metal strain. Smaller drones with the ability to hover can get close and provide new levels of detail, helping to improve performance.

Up to 20,000 elephants are killed every year by farmers concerned about damaged farmlands in Tanzania. In order to save the elephants and crops, non-military drones are being tested in Tarangire National Park as a means of herding. The drones make a sound that scares elephants. The sound is then used to herd the elephants away from farmlands and into safe areas.

Drones can also spot when nitrogen levels are low, or when disease affects farmlands. Commercial farmers can use drones to monitor crops and improve both management and yield. In the future, non-military drone use in agriculture could comprise 80% of the market.

In addition, non-military drones can perform duties frequently at a low cost. Drones have little impact on the environment, and their near-infrared sensors allow farmers to react and improve conditions locally with inputs of fertilizers or insecticides.

Compared to crop imaging through manned aircraft, drones can be used to monitor crops much more often. Farmers can view patterns in their crops to discover irrigation, infestations, or other problems.

Poaching is an ongoing problem. Elephants, rhinos, and big cats are vanishing at a disturbing pace, but non-military drones are a proven way to deter poachers and illegal loggers. Drones can also be used to monitor salmon, rabbit, seal, and sea lion populations, and provide insight into animal behavior.

The technology is already used in Kenya to monitor Ol Pejeta Conservancy, East Africa's biggest black rhino sanctuary. While in auto-pilot mode, non-military drones provide real-time digital video and thermal imaging feeds of both animals and poachers to rangers on the ground. Rangers can then deploy security teams to the exact location in the event of poaching.

The environmental activist group Ocean Alliance announced that they are using [easyazon_link keywords=”drones” locale=”US” tag=”blueclsolut02-20″]non-military drones[/easyazon_link] to collect whale blows (snot). Collecting the blows allows scientists to monitor whale health. Drones eliminate the risks to both whales and scientists that come with conventional research processes, including damage to and by the boat.

Considered one of the best uses of drones, although there are some privacy concerns about drones being used by police. Drones can be used to survey areas for possible criminal activity or identify locations of known suspects. Once spotted, security forces can choose the right action plan.

Drones can also be used by police to shoot targets, should the need arise. Crowd surveillance, investigating fires, and other public safety concerns can easily be accomplished by drones.

Border patrols can use drones to monitor possible smugglers, whether those smugglers are utilizing their own non-military drones to transport drugs or not.

The ability to model from above in 3D with increasing precision will provide a better way to check on projects, as well as compare plans and enhance coordination of materials on the job site.

Special kinds of non-military drones are highly durable and resistant enough to be sent into high-speed storms. Inside the hurricane or tornado, they provide insight into storm behavior and trajectory. UAVs are the best choice to be sent into dangerous storms, and can be equipped with specialized sensors to detail weather parameters.

Disney patented three drone-related designs in 2014, some of which can hold up larger-than-life marionettes or projection screens. The company suggests ways that non-military drones can be used in place of fireworks for nighttime amusement.

Plans are even in place to use drones to carry lighting assemblies into the sky, which would display images and colors, turning the sky itself into a screen.

There are also hobbyists who purchase non-military drones to simply play with. These can be flown remotely or can be programmed with AI. These are used to capture videos and photographs for entertainment purposes.

Social media giant Facebook bought Ascenta in March 2014. Ascenta is a solar-powered drone company based in the United Kingdom. Mark Zuckerberg, the CEO of Facebook, has announced an initiative that aims to extend internet connectivity to the entire planet via drones.

High altitude flyers would join with a network of linked satellites, non-military drones, and lasers that would beam internet to remote communities.

But that's not the whole story. Google also bought a solar-powered drone company, Titan Aerospace. Aerospace produces ultra-lightweight solar-powered planes that can fly high above commercial air traffic and remain aloft for up to five years.

While Google has not released its plans publicly, tech commentators speculate that Titan Aerospace's drones could be used to bring internet access to parts of the world without reliable web access.

When a Silicon Valley start-up announced plans to use non-military drones to deliver tacos to customers, foodies in the Bay Area rejoiced. Unfortunately, the Federal Aviation Administration blocked the “tacocopter” from ever getting off the ground.

At least until regulations are formally issued for private and commercial drones. Regardless of the current success, this clever venture offers a glimpse into the innovative services that could become available out of the commercial drone industry.

A team of archaeologists uncovered structures in New Mexico believed to be from an ancient Native American village. The structures were discovered using non-military drones equipped with thermal cameras. The thermal images allowed the researchers to see beneath the desert floor, allowing them to isolate potential buried structures.

One of the coolest uses of drones is the capturing of live events. Drones can be used to capture addresses by politicians, concerts, and live sports events. These drones provide views to the audience that nothing else can recreate.

In the past, cameras were hung from cables in order to capture aerial views. The views were limited since the cameras could only move on a straight cable. Today, the free-flying UAVs can move in any direction you want.

While watching life events, you can spot small objects in front of the stage. These are drones, with 4-rotor blades carrying cameras and capturing amazing footage.

The growing interest in drones and their quick adaptation for new applications ensure that the machines will continue to become more robust. Expect future drones to accommodate heavier payloads and have longer flight times. New sensors and systems will be made available, and will be tailored for a wider range of specific applications. 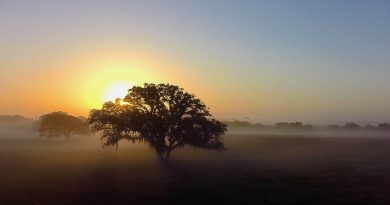 One thought on “16 Innovative Uses for Non-Military Drones”