Today we’ll look at the differences between the Phantom 3 and Phantom 4 batteries with videos, pictures, and actual footage using the products.

When flying a drone, there are two events that can ruin the experience. The first is breaking the drone, and the second is running out of power. It kills the fun when you have to pack everything up because your battery died. While you can’t really predict when your drone will break in an accident, you can pack extra batteries.

Drones require a lot of energy, and this can be a problem. The battery charging the drone has to be strong enough to keep it running, but it also has to be as light as possible. The drone is still expected to fly, after all. This is an issue that should be solved as technology advances, but for now, we can keep extra batteries on hand to keep the fun going.

Below, we compare the Phantom 3 and the Phantom 4 batteries, looking at charge, size, weight, and more. Battery specs are a major component in deciding on a new drone. A comprehensive guide to them can be a crucial tool for the avid flier.

The DJI Phantom 3 drone weighs 1.28 kg, live streams in HD, and reaches speeds up to 16 m/s. The Professional model can take 4K images, and its Intelligent Flight Battery gives it around 23 minutes of continuous flight time.

The battery slips into the center of the drone and is easily swapped in and out. It is incredibly light and sleek. After installation, all that’s visible is the white cap on top. For proper comparison, though, we need to look at all of the specifications.

In general, the DJI Phantom 4 drone takes things to the next level. It weighs 1.38 kg and can also take 4K imagery and live stream in HD. It also has extra features, like obstacle avoidance, TapFly, Active Track, and an extended signal range. Its top speed is 20 m/s. Even with the extra functions, it still sports a flight time of around 28 minutes.

The Phantom 4 Intelligent Flight Battery is slightly different in appearance. It clips in the same way as its predecessor, though. When installed, it also only shows the top of the cap. It is noticeably heavier, but still extremely light for such a powerful battery. The detailed specs shine a lot more light on the functionality.

Right away, the Phantom 4’s Intelligent Flight Battery is an upgrade to the Phantom 3. It sports a higher capacity and energy. Even though it’s heavier and powers more functions, it supplies a 17% longer flight time.

What is surprising is the price difference between the two batteries. Both drones will inevitably need an extra battery or two to accommodate longer flights. Even with higher performance, the Phantom 4 Intelligent Flight Battery is only $20 more expensive on DJI’s store page. That’s only around a 12% increase.

4. Advantages of Each Intelligent Flight Battery

The main advantage of the Phantom 3 Intelligent Flight Battery is the price of the drone it occupies. For budding fliers who aren’t comfortable with dropping a couple extra hundred dollars, the lack of features and battery life may be worth it. The imagery and video footage will not be compromised.

The main advantage of the Phantom 4 Intelligent Flight Battery is pretty much everything else. It is better in every way; it supports more advanced functions and higher speeds, tt allows for triple the signal range, and it powers flight longer on a single charge. It’s marginally more expensive than its counterpart; it’s the full package.

For more experienced drone pilots, that extra power would come in handy. An extra five minutes of continuous flight time can be put to good use in the right hands. The fact that it also powers helpful functions like obstacle avoidance is a major plus too. The enhanced signal range is especially helpful. 3 miles may seem excessive, but that ensures you’re less likely to lose signal.

Both batteries are fine choices. They are strong, durable, and highly functional. They both provide substantial power for their size and weight. Any flier would be happy with both. The only caveat is that it is hard to imagine experienced drone fliers being satisfied with anything less than the best. 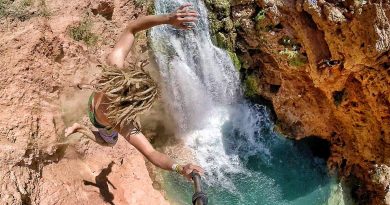 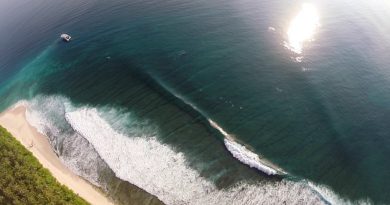 December 27, 2015 FreshSqueezed Comments Off on Epic Drone Surf Video From The Mentawai Islands