Zenmuse Z30 Review – Is It Worth the Price?

DJI, the market leader in easy-to-fly drones and aerial photography systems, is at it again. The recent release of their all-new Zenmuse Z30 integrated aerial camera ushers in exciting new possibilities for enterprise users across all industries.

At just a hair under $9,000, the Z30 isn’t cheap. Yet it’s not intended for everyday casual drone enthusiasts. The camera was built from the ground up for commercial applications, such as search and rescue.

So, is the Zenmuse Z30 worth the price? The short answer is, yes, if it’s used for commercial/industrial solutions.

Let’s take a closer look at what makes the Z30 tick as well as the features that justify its $9,000 price tag.

One look at the Zenmuse Z30 and its readily apparent the aerial camera system is meant to be the best of the best.
The highlight of the Z30 is undoubtedly it’s zoom capabilities. With a 30x optical zoom lens and 180x digital zoom, the camera is capable of picking up details from over 100 meters away.

And using the said zoom is easy. Like all DJI drones, the Z30 can be controlled solely from the DJI Go App. Tap the object you want to target on the screen and the camera automatically swivels towards it and adjusts focal length.

Despite its incredible zoom, the Z30 isn’t geared towards professional filmmaking. As stated above, it was created with industrial applications in mind.

Case in point: the 2.13 megapixel 1/2.8-inch CMOS sensor is just barely capable of capturing HD 1080p video. But you don’t need any better than that for industrial jobs like inspecting a cell phone tower.

5-axis stabilization and an f/1.6 – f/4.7 aperture are other specs that hint the Z30 is undeniably a hard-working camera yet not one suited for professional filmmaking.

The Z30 is also notable for its stabilization capabilities. On its own, it can stabilize to within 0.1 degree. Use it with the DJI Matrice airframe (which it integrates with seamlessly) for even more stabilization.

DJI’s tracking features make getting the shot you want even easier. “Point of Interest” mode is particularly powerful as it tells the aircraft to circle a selected object at a set distance. The camera is trained directly on the object during this process.

The company’s own press release for the unveiling of the aerial camera states that it’s designed for cell tower inspection, wind turbine inspection, search and rescue, and firefighting. It’s also proven ideal for news organizations looking for a low-cost solution to live broadcasts.

Let’s take a look at each of these potential Zenmuse Z30 applications in more detail:

Our Review of the Zenmuse Z30

The Zenmuse Z30 is ready to go right out of the box. It clocks in at just a hair over 1 pound so it won’t add much weight to your drone.

The aerial camera system is easy to install and just as easy to use. It’s compatible with any new model DJI drone. It’s also compatible with the DJI Matrice (we recommend you use the two together for the best in performance and stability).

The zoom on the Z30 is phenomenal. Though the specifications speak for themselves, it’s very impressive to see the camera in person. DJI recently put out a video that shows the Zenmuse Z30 in action.

The camera’s quality is more than enough for industrial use. HD 1080p is plenty to see small details during inspections or search operations. Like we mentioned above, the camera quality isn’t quite high enough for professional filmmaking (though that’s not what it’s designed for in the first place).

The array of flight modes the camera is compatible with are impressive. “Point of Interest” makes getting a 360° view of the target a snap. Integrate the camera with your smartphone via the DJI Go App and it’s incredibly easy to control. Just tap where you want the camera to take aim and it does so automatically.

Is the Zenmuse Z30 Worth the Money?

It’s hard for the average drone user to justify spending nearly ten grand on a camera.
Yet the average person isn’t who the Zenmuse Z30 was built for. It’s built specifically with industrial applications in mind.

So, if an industrial application is your intended use, the Z30 is more than worth the money. Its zoom is the best in the business, the entire system is extremely easy to use, and the camera quality is more than enough for most users.

Filmmakers, on the other hand, might want to steer clear of the Z30. Though it’s an effective filmmaking tool, it’s hard to justify spending $9,000 when the camera quality isn’t a main focus of the product’s design. Filmmakers will be better off looking into other options with better camera resolution.
Yet at the end of the day, DJI has done it yet again. They’ve developed yet another product in the Zenmuse Z30 that is sure to change the face of UAV technology. 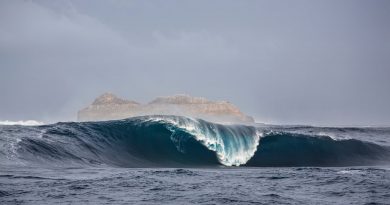 Retro Drone Video Footage Of One Of The Craziest Surf Breaks EVER!

October 11, 2015 FreshSqueezed Comments Off on Retro Drone Video Footage Of One Of The Craziest Surf Breaks EVER!