Just got your first drone? Awesome! Perhaps you’ve even attempted a few flights (and hopefully your drone survived!). Here we’re going to cover some crucial info for new pilots. These tips will keep you and your drone safe and help you become a successful drone pilot. You may even find yourself addicted to drones – in that case, welcome to the club!

We’ll start by making a few basic assumptions. You likely already know what a drone is, understand the basic concept of flight, and your drone is already out of the box and assembled. Before launching your drone into the air and hoping for the best, let’s run through a little pre-flight checklist.

I know what you’re thinking. “Why do I need to do this? It’s just a Drone!” A car is just a car too, but you aren’t going to get very far if one of your tires is flat and you didn’t see it before you got in your car and started driving!

A pre-flight checklist can mean the difference between a successful day of fun and adventure, and an evening of rage because a propeller was loose and flew off! So here are some critical items to check before getting your drone airborne:

Let’s talk very briefly about those last couple of points before you set off on your maiden flight with your shiny new toy/hobby/addiction. If you have a small drone, then let’s try just being indoors for the first few flights, to get the hang of it without having to worry about the wind, roof or trees ruining your fun.

If you have a larger drone, then it still might be a good idea to find a larger indoor area, just to master controls first before engaging in drone on drone combat with your neighbor (just kidding, don’t do that!).

In either case, let’s power that drone on. Listen to the hum of those propellers. Now, go ahead and increase the throttle (typically the left stick on the controller if it is a “mode 2” model) and gently lift it off the ground. Get a feel for how much you should push on that throttle to get airborne without launching the drone into the ceiling.

Now reverse what you just did and ease off, and land safely back on the ground. Do this a couple more times, slow and easy, you are in no hurry. Spending a little extra time practicing takeoffs and landings will really help in the long run.

Alright, now that you are confident with taking off, hovering and then landing, let’s do a little side to side practice. Once again, bring it a few feet off of the ground.

Once you’ve got a good hover, go ahead and move the right joystick a little to the right, and watch it go right. Now try left. Not too fast, you don’t want it zipping back and forth just yet.

Now you’re getting the hang of it! Move it forward and backwards now instead of right and left. Make sure to practice bringing it to a stop, and a start again. You may find that your drone slowly spins either left or right causing the front of the drone to point in a different direction than when you first took off. You can compensate for this by using the left/right direction on the left stick to point the nose of the drone in the same direction you are facing.

This is a good time to also tweak the trim (usually the little buttons below the joysticks). For instance, if you find that your drone slowly drifts to the right while hovering, then hit the left trim button a couple times to compensate. It may take a few minutes of tweaking, but the end result will be a drone that hovers pretty steady without drifting or rotating.

Brilliant, you’ve got the basics down! Let’s put those new skills to the test. Find a nice spot to put some sort of marker down. It could be your hat (are you wearing a hat?), a box, lunch, whatever, something that you can easily see and mark on the ground. Fly your drone to the marker, and start making movements around it.  Try a good boxed movement first. You can achieve this by moving to the upper right corner of where the marker is, then going right, then down, left, and back up, to form a square flight pattern. Got it? Great! Now do a circle.

Now you’ve got some basic maneuvering, let’s talk about landing for a second. We did practice landing a bit before, but it’s important to make sure that you are nailing your landings, so that you can avoid some simple but expensive mistakes (see our article on vortex ring state!).

Make sure that you are gently descending your drone, rather than doing it quickly. Next, find another marker on the ground (you could even just pick a spot between two ferns) and practice your guided landings. Try lifting off and landing on one side, and then take off and land on the other.

Excellent! You’re really making progress! Just a couple more tips to chat about as you start increasing your flights.

Tip 1: Know your drone in and out. Read the manual. Know the limitations of your drone, what it can and can’t do, what weather it can perform in, etc. I’ve often found that it’s not about what you know, but about what you don’t know that can spell disaster.

Tip 2: Know the regulations! Make sure you know when and where you can fly your Drone, what the local laws say, etc. Be respectful of everyone’s airspace. Don’t fly near airports!

Tip3: Make sure you avoid these 8 common mistakes!

Superb! You’re on the road to becoming a Drone Pilot Rockstar!  Keep on practicing and you’ll be an expert in no time. Happy (and safe) flying! 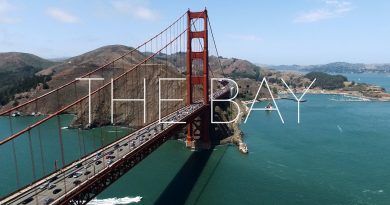