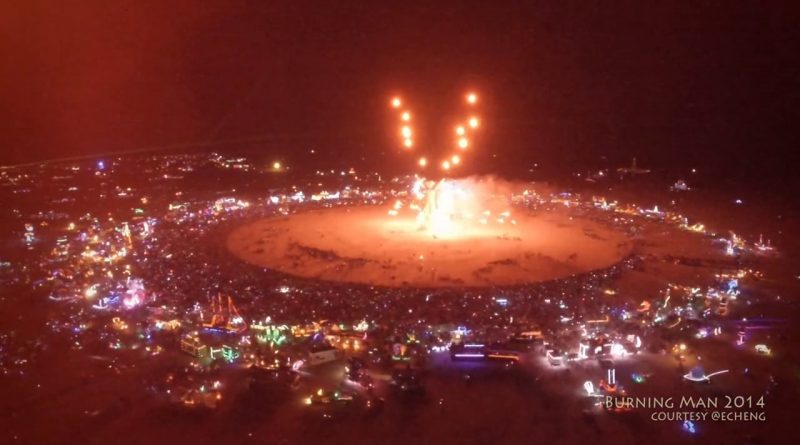 Check out this drone video Burning Man footage! These #festival goers will be sure to check into a drug rehab facility ASAP once they’re done 🙂

Watch trippy time-lapse shots, giant art masterpieces, and vehicles that look like they were taken straight from Water World.  One of the coolest sequences in this drone video Burning Man footage, is a maroon sign in the middle of the desert that reads “Love Love Love Love” and shoots fireworks.  Dozens of bicyclists and partygoers stop to take a look as the drone records the magical moment.

Was that a dragon float in the middle of the desert?  Yup!  This one of a kind drone vid captures everything from the sky!  From desert horizons, and art exhibits, to rave dance parties, and fire shows.

Tens of thousands of people gather every year for the Burning Man festival in the Black Rock Desert, Nevada.  Temporary communities and art phenomenons are erected as some of the worlds craziest party goers celebrate life and art!

The music track in this clip is called Nassim by The Gaslamp Killer (with Amir Yaghmai).

This video is courtesy of echeng.  Can’t wait to see more of the party next year, thanks for the clip!

DJI Mavic Pro Range Test – How Fast Can it Go?