There’s simply no denying that Chinese drone manufacturer DJI is the market leader.
Always a force to be reckoned with, DJI has one-upped itself once again with the recent release of 4 drones in 6 weeks. These new models have already skyrocketed to the top of the charts in terms of popularity.

Perhaps the most exciting of the bunch is the DJI Phantom 4 Pro. An upgrade on the relatively recently released Phantom 4, the Pro edition comes with even more bells and whistles and even better performing features.

The release of the Phantom 4 Pro is meant to reestablish the company’s Phantom series of drones as their flagship model. The goal is to put some room between it and their cheaper, more portable (yet still amazing) Mavic Pro.

When the Mavic Pro was released only a few months ago, drone experts and enthusiasts alike, including us, went straight to answering the question “should you upgrade from the DJI Phantom 4 to the DJI Mavic Pro?”

Well, the release of the Phantom 4 Pro prompts the question “should you upgrade from the DJI Phantom 4 Pro to the DJI Mavic Pro?”

Below we review the DJI Phantom 4 Pro in-depth to give you an up close and personal look at this exciting new quadcopter drone.

The most important new DJI Phantom 4 Pro specs to note include:

Alright, you’ve already heard us praise the Phantom 4 Pro, so what actually sets it apart from the Phantom 4?

The biggest and most important changes are a better camera, improved obstacle avoidance, even more intelligent flight modes, and longer battery life.

Updates to the drone’s camera help conquer several common aerial footage problems. The increased dynamic range help it better sense differences between light and dark (such as a bright sky and dark terrain).

Though the camera updates are nice, they pale in comparison to the Phantom 4 Pro’s improved obstacle avoidance technology.

Obstacle avoidance on previous DJI drones topped out at 22 mph. The new technology works seamlessly at speeds up to 31 mph.

The Phantom 4 Pro’s many intelligent flight modes benefit from the improved obstacle avoidance. The drone can now autonomously navigate through much more complex areas without danger of crashing.

Though you can buy and use the drone without a controller (saving $300 in the process), the newly updated controller is worth a mention.

All previous DJI controllers required a smartphone or tablet to be used as a screen. The new Phantom 4 Pro controller has a built-in display.

It’s not a huge change, but the built-in screen is brighter than a smartphone screen and won’t drain your mobile device’s battery life while in use.

The DJI Phantom 4 Pro is an absolute treat to fly. As intended by the company, it’s like flying the super fun Phantom 4, but even better.

The upgrades to the Phantom 4 Pro move it up into a class all of its own. Autonomous flight modes are improved and the camera is even better for aerial photography/videography.

The obstacle avoidance system works just as stated. You can fly this baby at 31 mph (top speed in standard modes) directly at an obstacle and it will stop in its tracks before a collision.

Though the flight modes make accomplishing actual tasks (like object tracking, surveying, taking photos, etc) that much easier, nothing compares to flying the Phantom 4 Pro in Sport Mode.

In Sport Mode, the max speed is upped to 45 mph and you’re given complete control over handling. Let me tell you that this is a high-performing drone that never gets boring to fly.

In our opinion, the top advantages of the DJI Phantom 4 Pro are:

On the other hand, even the best of the best come with a few cons. In our opinion, the disadvantages of the DJI Phantom 4 Pro are:

The DJI Phantom 4 Pro is a top-notch drone for all applications, especially those involving aerial footage and autonomous flight.

It’s the top of its class and one of the best drones currently available to the public. Like all DJI drones, it’s extremely high performing and built to last for the long haul.

Another awesome, side benefit of the Phantom 4 Pro’s release is that older models, specifically the Phantom 3, will soon drop in price, making a still great drone available to a wider audience.

The bottom line when it comes to the DJI Phantom 4 Pro is that it replaces the Phantom 4 and Mavic Pro at the head of DJI’s long line of incredibly impressive offerings.

4 Most Durable Quadcopter Drones (Even in a Crash)

Avoid These 8 Common Mistakes When Flying Your Drone 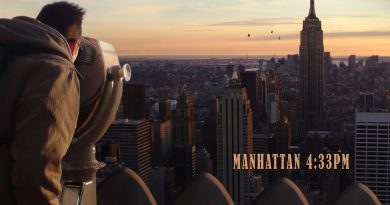