El Nino has been bringing a whole lot of waves, and they were pretty big at Swamis this day! I think the report said 6-10 feet, although I don't know if I saw any 10 footers.
Definitely overhead though.

I don't surf at Swami's very often because of the crowd, but it's entertaining to watch at least 😉 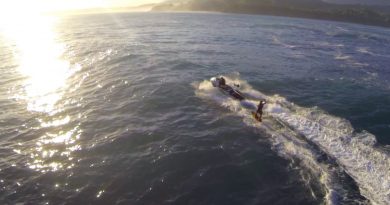